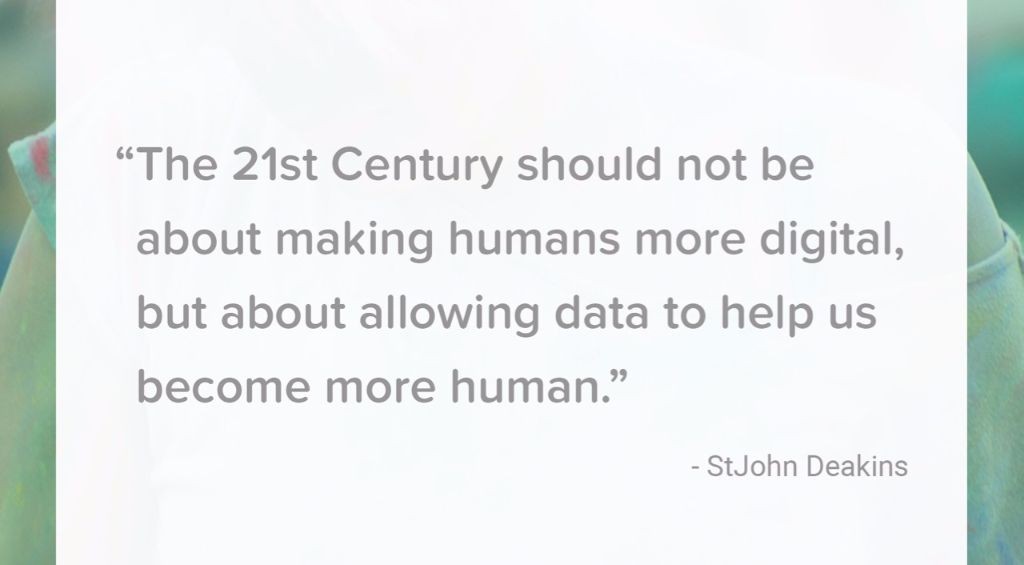 Our Digital Freedom: From Lockdown to Liberty

Our Digital Freedom: From Lockdown to Liberty https://www.citizenme.com/wp-content/uploads/2016/04/imagequote-01-1024x565.jpg 1024 565 StJohn Deakins StJohn Deakins https://secure.gravatar.com/avatar/67e7ca4885d1b922783ca3a83741a282?s=96&d=mm&r=g April 24, 2016 February 15, 2017
Cross-post from the HuffingtonPost, 20th April 2016
“Give me liberty or give me death” was the rallying cry of the US revolution. Penned by Thomas Paine at the dawn of the Industrial Revolution, his words and those of other Enlightenment thinkers heralded the shift to a new global economic system. They inspired Democratic revolutions in France and the United States and led to our current 21st-century democracies. Now, 250 years later, we find ourselves at the threshold of another huge shift of epochs, departing the Industrial Era and hurtling into the Digital Age. As we do so, our need to re-affirm our liberty is again resurfacing, our digital liberty.

“We should all be concerned about the future because we will have to spend the rest of our lives there.” ~C.Kettering

The significance of the Digital Age is clear from the number of alternate descriptions it has recently been given. Whether it be the Information Age or the fourth industrial revolution, all agree that it has arrived and its impact will be immense. It marks a major departure from the Industrial Age to an era where every aspect of our existence is becoming reflected digitally. We reached a tipping point in 2002 when, for the first time, we amassed more information in digital form than we had done in our previous 10,000 year analogue history. Volumes of data accelerated again with the arrival of the smartphone. This decade, as smartphones become ubiquitous, personal data quantities are multiplying daily. Next to arrive will be; wearables, in-store beacons, the Internet of Things, smart homes, connected cars, Virtual Reality and a trillion digital sensors. All creating and consuming more and more personal data. By far the biggest generator of data is all of us – people. Increasingly, everything that we are, as physical, emotional, thinking beings is reflected digitally; our behaviours, our habits, our DNA, our passions, our relationships, our dreams.

“The Internet is the largest experiment involving anarchy in history.”~ Eric Schmidt

Our personal information fuels the Internet. It enables the vast majority of Internet services and apps to be free at the point of use, paid for by advertising. A farmer in Botswana can receive local market prices on their mobile – paid for by advertising dollars earned in the US and Europe. It’s possibly the biggest redistribution of wealth the world has ever seen. It’s certain that in this century our lives will become easier, more efficient, economical and enjoyable in ways that are unimaginable today. For each of us, our personal data will sit at the heart of the 21st Century digital retail, healthcare, education, entertainment, finance industries and more. It will fuel the 21st century’s global digital economy. It has immense value. However, the question is, who should own that value? Who will our personal data serve?

“Those who deny freedom of others, deserve it not for themselves.” ~ A.Lincoln

In the old industrial world, systems were closed, centralised, secret and analogue. These old models are still being used with our personal data, the system is yet to catch up. Our information is stored in centralised silos run by companies that run secret, proprietary algorithms designed to work out who we are. These services are sometimes familiar names that we have become wedded to by tapping “I Agree”. However, the vast majority are anonymous Data Brokers whose purpose is to harvest, store and sell our data for vast profits. Personal data is a trillion dollar industry. Even the obvious personal data exchanges like Facebook, Google and Amazon are opaque. For example, how much profit does Facebook earn from selling your personal information to enable it to give you a “free” service? And there lies the problem. The personal data Industry has forgotten who owns the data: You. The shift to the personal information era has become increasingly visible to us all through this decade. Snowden, identity theft, privacy loss, cyber-bullying, sexting, listening TV’s and the almost weekly news about corporate hacks all combine to make people extremely concerned. Now, awareness is growing that our data has significant value to others. As a result, we increasingly seek to lock-down our data. Over 200 million digital citizens now block digital advertising and the use of other privacy tools such as ToR and VPN are also on the rise. Research shows that digital surveillance, commercial or otherwise, makes most people sub-consciously self-censor and withdraw from debate. This “lockdown” threatens to break the commercial model and culture of the Internet. But there is another, obvious, path. As complex and intractable as all of this might sound, the answer is, in fact, straightforward.

The Digital Era is most efficient when systems are open, distributed, transparent and digital by default. The Internet is designed to be open and distributed. The World Wide Web is designed to be accessible and transparent. We’re moving from mass production and mass communication to true me-personalisation and one-to-one conversations. If the old Industrial way is to control personal information in a centralised, closed, opaque way; the answer lies in distributing control of personal data to each of us at a human level. Enable each of us to move and share our personal data how, when and with whom we wish. Use data for our own benefit rather than it being used against us. The 21st Century should not be about making humans more digital, but about allowing data to help us become more human.

“Liberty, when it begins to take root, is a plant of rapid growth” ~ G.Washington

With five billion of us now carrying mobile phones, we all have the necessary hardware. In the words of Thomas Paine at the start of the last great era shift; “We have it in our power to begin the world over again”. All we need in this era shift is software and the will to make it happen. It’s time for each of us to claim our Digital Liberation.

All stories by: StJohn Deakins
3 reasons why the “G.D..thingy” will help you be yourself
Three simple insights, one huge impact.