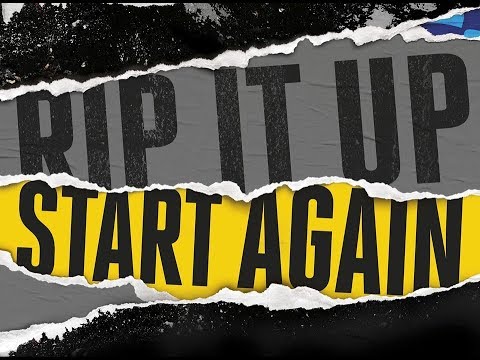 Rip it Up, Start Again

We were very excited to see our founder StJohn Deakins ripping it up at the Rip It Up@Paddington Works, a London Tech Week event on June the 13th!

CitizenMe joined a panel of entrepreneurs who have built disruptive and innovative products and services demonstrating how ‘tech’ is used to create a dynamic shift in human behaviour.

After selling a mobile internet business that enabled over 100 million people to connect to the internet in Asia, Africa, Europe and the Americas, StJohn realised that he wanted to create something with purpose. At that point he had two young daughters and asked himself, “what can I personally do that is going to have a positive impact on their life throughout this century?”

He identified two big shifts that our world needs: to impede climate catastrophe and making sure that our new digital-everything world works for all of us humans.

When he looked deeply at how the Internet works, he realised how screwed up our digital world could become if we take no action. And we are now seeing the early stages of this through watershed moments such as the Cambridge Analytica scandal and the implementation of the Chinese social credit scoring system.

Essentially, we humans have a choice: do we want fear or to flourish? Do we want to merely survive or thrive? The solution: CitizenMe, founded with the purpose of empowering people with data to build a sustainable future.

The first version of CitizenMe started as a simple dashboard where users could look at how their downloaded apps used their data, having access to an indicator of how bad these apps were breaching their personal data. Unsurprisingly, Facebook was bright red (meaning lots of bad things were being done). The user could then go into their app’s Settings and change their permission preferences to be more ‘benign’.

In partnership with the University of Cambridge, the team also designed a mechanism that would tell users what their personality was based on their Facebook profile, like a sort of digital mirror. Soon, we discovered that this was of key interest to our users and found out that most people were coming back to check what they looked like on Facebook, highlighting what people actually wanted from data: value.

So, we did a lot of behavioural insights research and built a platform that would disrupt the multi trillion dollar industry – the Internet, where we participate in without even knowing. We wanted to enable people to tap into it and participate on their terms. To do this, we built an app, currently at above 250 000 users, which grows organically at 3% per week. And on the other side of the marketplace organisations can come in and request anonymous data from users for market research or even health research. An exciting example of the latter, is the work we are doing with the charity MQ: transforming mental health to create a world where mental illness is better understood, treated and eventually prevented.

We are still in our early days but we have a strong sense of purpose and know where we want to go. That is, CitizenMe wants to empower humanity with data to build a sustainable digital future. One that enables humans and businesses to understand and use the immense value that their data can have. We are building a bridge between digital citizens and organisations to enable both parties to benefit from the insights and knowledge created from their data in a fair, ethical and transparent way. We believe there is still time to amend the mistakes that humans have made with the handling of personal data, and we are really excited to get everyone on board with this. And we wouldn’t be here if we hadn’t ripped it up!

You can watch the full recording of Rip It Up – Start Again here.

Join us as a Citizen or client today, or if you have any questions or would like more information, don’t hesitate to contact us at hello@citizenme.com.

All stories by: Claudia Velilla
CAN – Conscious Advertising Network
Can you change your personality?