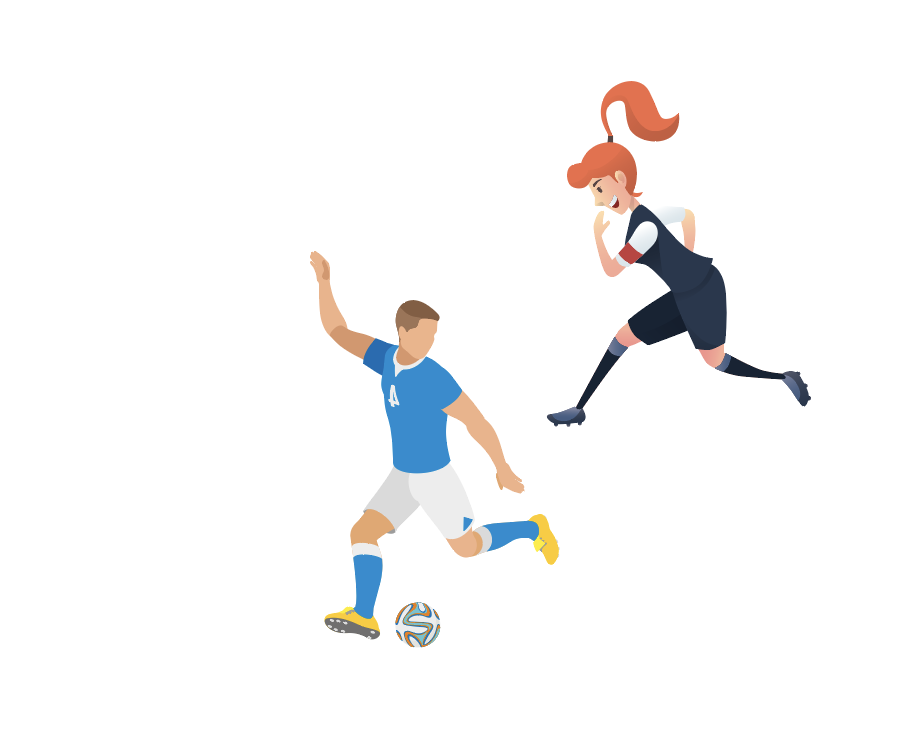 With several big sport events around the corner, such as the Olympic Games and Six Nations Rugby, we wanted to explore a topical, recurring and pertinent topic: the gender of sports.

We asked our UK audience – both females and males – about their attitudes toward sport. We wanted to investigate whether the common perception that females play less sport than men is true or false.

The number of females who don’t play any sport (72%) is considerably higher than the number of males who don’t play any sport (42%). Similarly, participation rates in sport among females is much lower than in males. So despite the well-known benefits of physical activity, there is a startling gender ‘play’ gap. According to the NHS, exercise can reduce your risk of major illnesses, such as heart disease, stroke, type 2 diabetes and cancer by up to 50% and lower your risk of early death by up to 30%. Research has tried to address this question for more than two decades, as awareness of the motives and barriers for women’s participation is the starting point for designing policies and campaigns to increase the number of actives. (This also applies to males).

Accordingly, we asked our own UK audience to tell us what some of these barriers are.

Both females and males (41%) told us they don’t enjoy sport, but interestingly, 44% said they would take up sport “if they had more free time” while 26% said they “don’t have enough free time”. So it seems that a significant majority would play sport, but their perception and/or management of their time prevents them from doing so.

For those who play sport

For those who do engage in sport, we wanted to know which sport is the most popular, and if there are gender differences.

We also wanted to know why those who play sport have not ‘gone professional’. While their first choice is the same for both female and male – they feel they don’t have the necessary skills -, for males, their second choice is that they haven’t had adequate opportunities (26%) whilst for females, they say they’d never wanted to become professional in the first place (35%).

We all know that even if you don’t play sport that doesn’t mean you don’t enjoy it. And when we asked our audience what favourite sport events they enjoy watching the most, the answers were quite telling for upcoming sport events.

Finally, we all know about the ‘lad’ pub culture in the UK, so we asked both males and females where they like to watch these sport events.

We found that the number of males who watch sport out of the home (43%) is higher than the number of females (30%), although this difference in  numbers is not a huge one.

So how can we make a difference with our investigation into the gender ‘play’ gap?

We want to join the movement and support top marketers around the world in helping to amplify the achievements of women’s sport. This is already being done by Sainsbury’s, Disney and Facebook, who are each joining forces with elite female athletes.

As CEO and co-founder of the Women’s Sport Trust, Tammy Parlour argues that despite the increasing profile of women’s sport following the highly successful Women’s World Cup in 2019 (it attracted record-breaking international audiences), the value of women’s sport needs to be unlocked faster, with more impatience and greater ambition.

At CitizenMe, we advocate and reflect what is core to people, going beyond the ‘who’ so we can understand the ‘why’. This is equally relevant to our app users when they unlock insights about themselves, and to our clients, when we inform their research with unique data points and deep insights.

Our vision at CitizenMe is for humans to flourish. The purpose of our app is to provide you with a digital mirror of yourself, thereby improving your self-understanding and promoting your mental wellness. As this digital era accelerates, everything around you will be powered by your – and other people’s – personal data.

The key is to ensure that this technology isn’t turned against you, but instead is used for your own personal and mental benefit. We are working towards a future where you are in charge of your personal data, where you have a say on where this data goes, and to whom. And we are doing this by putting you, the individual, at the centre of it all.

Join us as a Citizen or Client today! If you have any questions or would like more information, please don’t hesitate to contact us at hello@citizenme.com.