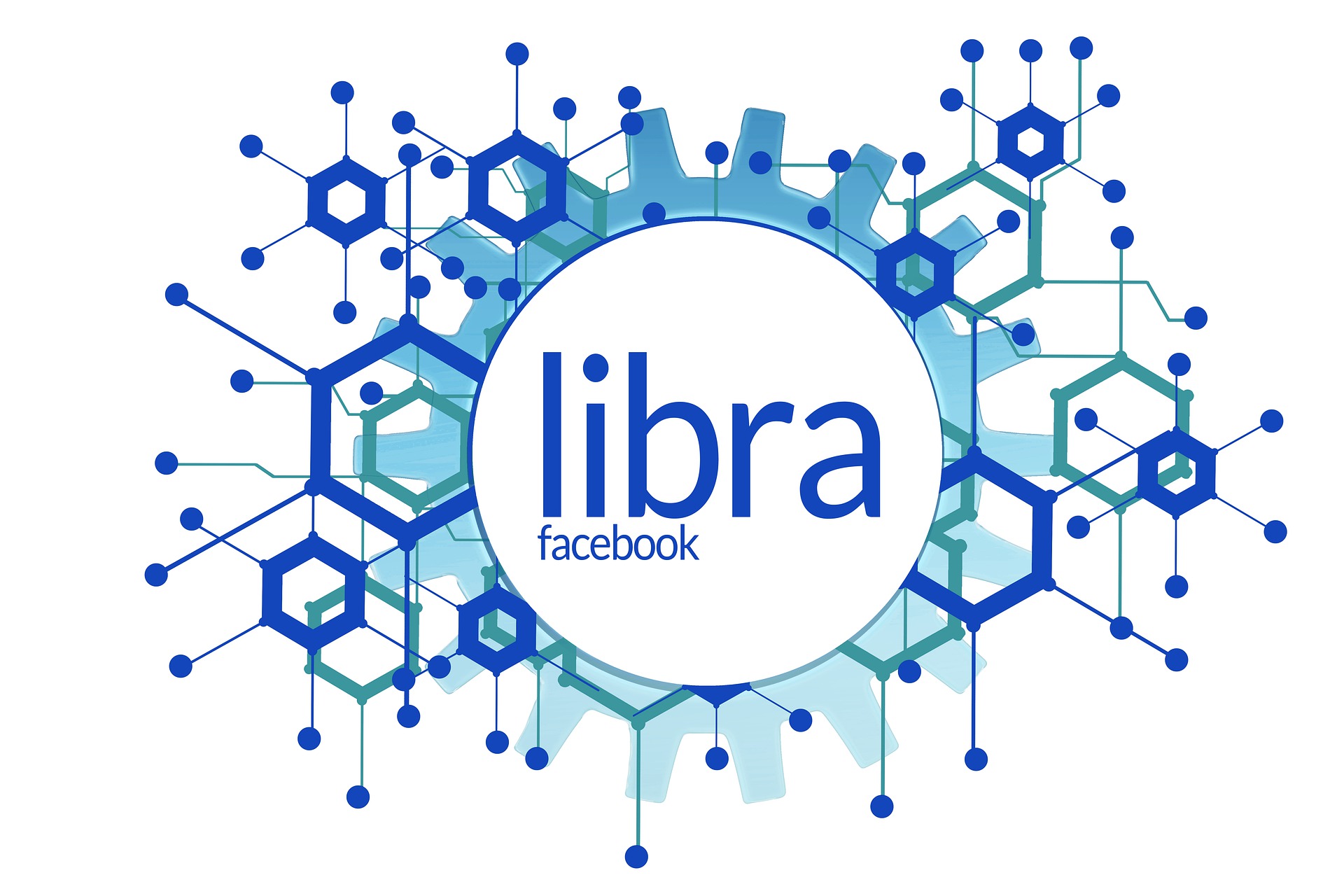 New global currencies are inevitable but is Facebook Libra the answer?

It has been a busy news month for Facebook. Facebook Group (including Facebook, Whatsapp and Instagram) is going through a massive transformational change, and has been in and out of the news for multiple reasons – most of the coverage questioning its ethics and motivations.

So what is Facebook’s big attempt to get back on the front foot? Libra, a new ‘virtual currency’.  Conceptualised by Facebook, it has recruited a hundred or so business partners and set up a governing body called the Libra Association. It has also set up a subsidiary called CalLibra, which will create payment wallets to run in accounts across the Facebook group of companies.

It has, of course, proven to be highly controversial, including scathing remarks from the President of the United States. In a typically volatile tweet, Trump said, “Facebook Libra’s virtual currency will have little standing or dependability”, with the US Treasury Secretary being similarly concerned about the virtual currency being misused by, “money launderers and terrorist financiers”.

There are four broad forces driving the creation of Facebook Libra:

Facebook has grown to become the world’s global communications platform with 2.5 billion of us checking in on a monthly basis, according to its latest quarterly report. However, whilst revenues continue to boom, its profitability is declining. Its home market (USA and Canada) is now saturated and represents just 10% of its monthly users, as other regions continue to grow. However, North America still brings in over 60% of monthly revenues with an average revenue per user of $33 quarterly.

Meanwhile, most of Facebook’s next billion users will contribute to just $3 per quarter: a 90% decline in revenue per user with roughly the same cost to serve each user. So Facebook needs to find new forms of revenue – and fast. Last quarter, Facebook Group made 98.5% of its revenues from selling highly-targeted advertising (using large volumes of its users’ personal data). James McDonald at WARC has done a great job of breaking this down into more detail. New revenue streams are desperately needed in the next 2-3 years to keep the markets happy.

Meanwhile, in China, social media and social messaging services, such as Wechat, have generated the majority of their revenue from sources other than advertising for several years. Tencent (owner of Wechat), makes the majority of its revenues from transaction fees on payments for real and virtual goods made through its platforms. If Facebook can successfully copy this model, it will dramatically uplift its revenues and Facebook Group’s long term ARPU projections.

This month, Facebook was fined $5 Billion by the US FCC. The fine was in line with company expectations, and was lower than many in the money markets feared. Consequently, the Facebook share price actually rose after the fine was announced. However, with European Union GDPR regulation starting to bite, the CCPA regulation in California, and the US Congress pushing for federal regulation, it’s clear that Facebook’s traditional model of trading attention – and thousands of data points about users – for advertising dollars is becoming a much higher-risk proposition.

Unlike Chinese social networks, Facebook operates internationally, so it requires a currency that isn’t vulnerable to international currency fluctuations.

The Libra consortium’s plan to establish their governance in Switzerland is notable, especially given Switzerland’s long history as a global banking centre (and with a reputation for a liberal, laissez-faire touch when it comes to regulation).

Beyond this, there lies the huge prize:  who will become THE global provider of identity services to people and businesses in the 21st Century.

Whilst this has always been an ambition, Mark Zuckerburg has a fluid philosophy on human identity, once stating that having “more than one identity reveals a lack of integrity”.  With the arrival of GDPR, establishing an identity assertion business – with revenues based on advertising – is increasingly problematic. However, in Financial Services, Know Your Customer (KYC) regulation is a requirement in almost all international banking jurisdictions. With payments, regulators will insist that Facebook Group always knows the identity of transacting parties. Facebook will even have the latitude to perform privacy theatre by taking on the role of a ‘privacy advocate’ and ‘crypto-warrior’ – which reluctantly complies with the authorities. Perfect.

Facebook is now 15 years old, which in internet years makes it a grand old dame; an entrenched incumbent like AT&T, McDonalds or IBM. In the past, it has kept up with changing market demand by deftly spotting – and then purchasing – potential competitors such as Instagram and Whatsapp. Social network Snap also famously turned down a $3Billion purchase by Facebook in 2013. However, innovation and agility through acquisition has become more troublesome. Only this month, multiple anti-trust investigations are underway in the United States, investigating anti-competitive processes.

Purchasing competitors when already under investigation for anti-competitive practices becomes problematic. Expanding into new markets, such as banking and payments, is a far less troublesome – and potentially far more lucrative – move.

Folding in a Blockchain story also enables Facebook to play ‘innovation theatre’ by tapping into the hype around Crypto currencies. This technology is either the cutting-edge future of 21st century money, or a bubble waiting to burst, depending on your point of view. The reality though is that Blockchain and Distributed Ledger Technology is 5-10 years away from being fast enough to provide a global payments solution.

With a top speed of 1,000 transactions per second, the Libra solution is being pitched as ‘fast’ and scalable; however, this is a tiny fraction of the hundreds of thousands of transactions per second that companies like Visa and Mastercard already run today. Moreover, the Blockchain element of the Libra solution will not be used on any Facebook properties. So ‘crypto-theatre’ aside, Libra is actually a privately run ‘stable-coin’ with a small group of companies deciding which Fiat currencies will contribute to its valuation (and wielding all the potential political power that controlling a new global currency might convey). There are better alternatives.

This month also saw the release of The Great Hack, a new documentary about the Cambridge Analytica scandal and the role of the Facebook platform in “the weaponisation of psychographics”. The Cambridge Analytica revelations last year marked a change in the public’s understanding of –  and attitudes to – what happens with our data online. We conducted our own research, and it showed that many people are more concerned about data rights than they have previously been – but are cynical about what they can personally do about it.

This ‘awakening’ is leading to a shift away from social posting in large open public digital forums, and towards smaller more ‘private’ groups, primarily inside messenger environments such as Whatsapp, FB Messenger and Telegram.

Simultaneously, there is a fragmentation of social interactions with people using multiple social channels – and a dilution of people’s reliance on Facebook properties. We’ve seen a resurgence of LinkedIn, Twitter and Snap and the arrival of new channels such as TikTok, and even mass social interaction within games such as the virtual events hosted in Fortnite. People don’t necessarily leave Facebook – they simply disengage. And perhaps the worst fate for a social network is gradual disinterest.

However, payments provide a loyalty ‘glue’, keeping people active by enabling them to make payments inside – or through – Facebook properties. Even if people interact less socially, they interact financially and are counted as active users. Purchase activity can be tracked from advertisement through to payment, mapping the customer lifecycle of 2.5 billion people. With this model, Facebook can afford to trade attention fees (advertising) for transaction fees (payments) and move further around the marketing cycle, tapping new sources of revenue as it goes.

So what’s the end game?  Moving into payments gives Facebook Group a shot at becoming the global consumer identity broker for all of humanity’s purchases in the 21st Century. That’s quite a play!

The question is, do we trust them?

All stories by: StJohn Deakins
50 Million users on base!
Artificial Intelligence: What side of the Force will it be?